“Verse 32 rings like a great bell through so much Christian language:  free from sin, free from slavery, free from the law, free from death, free from injustice, free from debt … It’s needed as much today as ever, in all these senses and more. The way to freedom is through the truth, and what matters therefore is to know the truth.

“…So what is the truth, and how can it set people free, then and now? Throughout John’s gospel the answer is clear: Jesus himself is the truth. But we mustn’t forget that the Jesus who describes himself as the truth is the Jesus of the whole story John is telling, and above all the Jesus who dies on the cross as the supreme act of love, the act in which the father’s glory is finally revealed.” [N.T. Wright’s John for Everyone, p. 122-123]

Let’s give thanks to God for His supreme act of love. Let’s pray that through our ministries and churches, this message of freedom and redemption in the Son will ring out. Let’s sing to the song, “You Redeem” [Click Here] by Aaron Shust.

Jeremiah 31:3 ““I have loved you with an everlasting love; Therefore I have drawn you with lovingkindness.” (NASB)

Psalm 23:6 Surely your goodness and unfailing love will pursue me all the days of my life, and I will live in the house of the Lord forever. (NIV)

All of our lives without Jesus has been one of brokenness, where the undercurrent has been wrought by evil.  Perhaps for some of us, we’ve only known limited and ending love, which at times resulted in much violence and harshness.  Perhaps that still deeply affects you today.  However, as we receive the love of God, we are now completely immersed in God’s everlasting love and lovingkindness! This is now our reality and undercurrent.

Today as you pray through the two passages above, consider this: His goodness will pursue us—follow without ever letting up, all the days of our lives! As you pray, worship with the song “Always” (click here).

These four imperatives are the ‘basics’ (BSCS) of taking responsibility for faithfully growing together in Christ and proclaiming the gospel in His love. You never grow out of these as the church loving each other in Christ in this broken world.

The first ‘basic’ is to “be watchful” or “alert.” This imperative occurs elsewhere in the NT, including Paul, in eschatological contexts, urging watchfulness in light of the Lord’s return. Live ready for Jesus! But it can also be a call to watchfulness with regard to sin in general, to sinful or divisive influences (Acts 20:31), or the enemy (1 Pet. 5:8).

Paul is urging us to ‘be watchful and alert’ to the things that are not of Christ in our lives and together as His people. Help each other see and be aware of the things we may not see…the blind spots in our faith. Make a pattern in your life to seek God’s kingdom first, eagerly desiring and expecting His coming in moments with power and love. Make the most of the opportunities He gives us as His church. And be diligent knowing what is building your life and our lives together.

Let’s pray that we will be an ‘alert’ church, praying and loving each other out of the ‘blind spots’ of sin and into His kingdom and love first. And let’s once again sing/pray this worship song, “One Thing” (click here) by Hillsong.

“The four commands [v.13] correspond to what an army commander might say to someone on guard: keep awake, stand firm, be brave, be strong! The guard must stay awake and alert in case of any danger. Not only so; he must know his ground and not give way. When actual danger threatens, bravery is required to face up to it. When he has to deal with it, he needs to act with all his strength.

“Paul sees the church in Corinth in danger from many things. You can’t just drift along in the Christian life, hoping things will work out somehow. Precisely because of the nature of the gospel itself, those who are embraced and called by it have to take responsibility for what’s going on. He wants them now to assume that responsibility for their own spiritual health, and for the ongoing work of the gospel. At every stage they will need each one of these commands. But, in the process…‘Everything you do must be done in love;’ that has been the keynote of the whole letter, and Paul wants to remind them of it…” [Wright, N.T.. Paul for Everyone: 1 Corinthians. 234-235]

This week let everything we do be in love. Let’s pray and ask the Lord to help us take loving responsibility for seeing the gospel flourish in our churches and ministry. And let’s sing/pray the worship song, “One Thing” (click here) by Hillsong.

1 Corinthians 15:1-11 (NIV)
1 Now, brothers and sisters, I want to remind you of the gospel I preached to you, which you received and on which you have taken your stand. 2 By this gospel you are saved, if you hold firmly to the word I preached to you. Otherwise, you have believed in vain. 3 For what I received I passed on to you as of first importance: that Christ died for our sins according to the Scriptures, 4 that he was buried, that he was raised on the third day according to the Scriptures, 5 and that he appeared to Cephas, and then to the Twelve. 6 After that, he appeared to more than five hundred of the brothers and sisters at the same time, most of whom are still living, though some have fallen asleep. 7 Then he appeared to James, then to all the apostles, 8 and last of all he appeared to me also, as to one abnormally born.

“This was the message that Paul announced wherever he went, and it was this message that carried God’s power and brought people, but the Spirit, into a living knowledge and love of him, into the rule of the Messiah, into the kingdom of God. The only point in being a Christian at all is if this message continues to be the solid ground on which you stand.” [NT Wright, 1 Corinthians for Everyone]

We have the Corinthians to thank for provoking Paul into repeating his gospel, and telling us the story of our resurrection. This is the gospel that transformed the Corinthians, and that has also changed our lives. Notice that the shape of Paul’s gospel message – Christ’s death on the cross for our sins, his burial in the tomb, his resurrection after the third day, and his repeated appearances to the disciples and others. This same gospel that we heard is the same gospel that continues to shape our life and faith now. Let’s be refreshed in the gospel once again today. Let’s pray and worship in closing with the song “Resurrection Power” (click here)

1 Corinthians 14.1
“Follow the way of love and eagerly desire gifts of the Spirit…”

Following the way of love, our thinking changes from “What do I get out of worship?” to “What can I give in worship?” We don’t give of ourselves but give the gifts of the Spirit. The Spirit provides the gifts as we do the giving. Isn’t that amazing?

When we talk about spiritual gifts, we tend to think about our talents. We may be good at crafts, so we desire to use these talents for VBS. We may be good at singing, so we assume that we should be on the worship music team. And then if we are not recognized, utilized or appreciated for these talents, we become discouraged or disgruntled.

Many times, in the New Testament, when it talks about spiritual gifts, the word in the original includes the word “grace.” These spiritual gifts are actually “manifestations of grace”—God giving us doses of His grace as we love one another. From God’s perspective, He sees what the church needs, then releases His grace upon the community so that those needs can be met. If the church needs healing, someone will receive the grace-gift of healing to administer. If the church needs teaching, someone will receive the grace-gift of teaching, etc. This distribution of the grace-gifts is overseen by the Spirit (cf. 1 Cor 12). Let’s follow the way of love and pray eagerly for more gifts of the Spirit in our church! 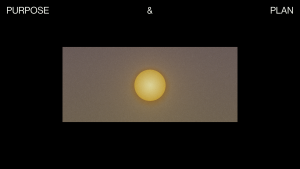