Even though Naomi was a “wandering sheep”, among the three widows, she was the sole Israelite… someone who had a history with God, knew about His promises and grew up among His people. Compared to Ruth and Orpah, Naomi knew where to go when she caught wind of God’s good news.

Read Psalm 147 once more in light of Ruth 1:
The Lord delights in those who fear him,
Who put their hope in his unfailing love.
Extol the LORD, Jerusalem;
Praise your God, Zion.
He strengthens the bars of your gates
And blesses your people within you.
He grants peace to your borders
And satisfies you with the finest of wheat…
He has revealed his word to Jacob,
His laws and decrees to Israel.
He has done this for no other nation;
They do not know his laws.
Praise the LORD.
(Psalm 147.11-14, 19-20)

We don’t realize how precious it is to have God’s Word, access to the gospel and God’s people. It’s within the community of God’s people we are blessed. No other community on earth has God’s revelation or knows God’s ways… His ways for life… His purpose for life… His plans for us. Stay secure within these borders and be satisfied in the way only God can satisfy. Be thankful that you had someone like Naomi (even with all her own troubles and issues) in your life to help set you on the road home to God. We were made to live in the very center of God’s love.

Let’s read parts of Psalm 147 again to highlight themes related to Ruth 1:
The Lord builds up Jerusalem;
He gathers the outcasts of Israel…
He has revealed his word to Jacob,
his laws and decrees to Israel.
He has done this for no other nation;
they do not know his laws.
Praise the Lord.
(Psalm 147.3, 19-20)

The Lord’s objective is to establish and build up His people… that’s what He’s preoccupied with. And He gathers the outcasts… people like Naomi, who used to be in the center of things, but suddenly outcast because of her own decisions in response to life circumstances… but also, people like Ruth, who was never in the center of God’s plans, never had received God’s revelations, never was exposed to God’s ways… except by God’s sovereign wisdom, he allows her to marry into a wayward family. Out of the three widows, Naomi is the only one who knows the way home. Home is where God is working, where God is actively providing for His people.

“’[Jesus] himself carried our sins’ in his body on the cross. He did it so that we would die as far as sins are concerned. Then we would lead godly lives. ‘His wounds have healed you.’
‘You were like sheep wandering away.’ But now you have returned to the Shepherd. He is the one who watches over your souls.” (1 Peter 2:24-25)

He watches over us… all of us… to return us to our Shepherd. It’s so much better His way! Let’s close worshipping to this song – “Defender” (Click here) by Upperroom.

Ruth 1:6-7 – “When Naomi heard in Moab that the Lord had come to the aid of his people by providing food for them, she and her daughters-in-law prepared to return home from there. With her two daughters-in-law she left the place where she had been living and set out on the road that would take them back to the land of Judah.”

How did Naomi find herself so far removed from God’s blessings? …all she did was try to make sensible decisions to preserve herself and family… How did she end up in Moab? Yet God’s grace found her… the good news of God’s salvation reached her.

But how do you get from here, Moab… brokenness, loss, regret, fear… to over there, Judah… the center of God’s activity, presence, people, provision? Sometimes you hear a powerful testimony of God’s work in someone’s life… you wonder, “How can I experience God’s power like that?” Basically, how do I get from here… to there?

If we were to make a movie of Ruth 1, within minutes decades fly by and already three characters are killed off. Then the pace drastically slows, the dramatic action is given in multiple angles… Naomi prepares to return home… she leaves the place where she was… she sets out on the road… the road that will return her home… to where God is, where God is working, where His people is. Pray to return to the center of God’s activity, work and people… “God will make a way”! Let’s close worshipping to this song – “Not Afraid” (Click here) by Jesus Culture.

Ruth 1:3-5 – “Now Elimelek, Naomi’s husband, died, and she was left with her two sons. They married Moabite women, one named Orpah and the other Ruth. After they had lived there about ten years, both Mahlon and Kilion also died, and Naomi was left without her two sons and her husband.”

Read the following verses from Psalm 147 to find themes related to those found in Ruth:
“Praise the Lord!
For it is good to sing praises to our God;
for it is pleasant, and a song of praise is fitting.
He heals the brokenhearted
and binds up their wounds…
Great is our Lord, and abundant in power;
His understanding is beyond measure…
Praise the Lord.”
(Psalm 147:1-2, 5, 20)

Naomi’s name means “pleasant”… and she is someone we can all relate to. She wants a pleasant life, raise a family… nothing crazy… a reasonable, “normal” life. She made sensible decisions, just like we would. But her life is anything but pleasant… it is completely upended… she lost everything. Not only far from God’s promised land, people, presence… but now bereft of husband and two sons… she is utterly destitute. A brokenness only the Lord can heal and wounds only God can bind up. Apart from Jesus we can do nothing (Jn 15:5). But when we are with Him…Pray for the pleasantness (enjoyable life) that comes from being in His presence. Sing praises and let God fight for you as we worship to this song – “Surrounded (Fight My Battles)” (Click here) by Upperroom.

Ruth 1:1-2 – “In the days when the judges ruled, there was a famine in the land. So a man from Bethlehem in Judah, together with his wife and two sons, went to live for a while in the country of Moab. The man’s name was Elimelek, his wife’s name was Naomi, and the names of his two sons were Mahlon and Kilion. They were Ephrathites from Bethlehem, Judah. And they went to Moab and lived there.”

These judges were not magistrates overseeing legal matters in a courtroom. These judges were tribal, military leaders. The famous slogan from the book of Judges is “Everyone did what was right in their own eyes.” It was a violent and chaotic time.

It was like this because there was no king in Israel. And so, we meet Elimelek, whose name means “My God (is) King”. Curiously, Elimelek and Naomi decide to leave their King’s country for the sake of survival. Abandoning Bethlehem (literally “house of bread”), in search of food, they end up in Moab… far from God’s promised land, people, word and activity… but apparently they have bread there.

Has living in “survival mode” taken you far from God’s promises, people and activity? Maybe you have bread to eat… but, “Can [you] live on bread alone?” (Mt 4:4). Come to Jesus, the bread of life, so that you may never be thirsty again—Jn 6:35. Pray that you would live under the rule of our King Jesus! Let’s sing “All Hail King Jesus“! (Click here) 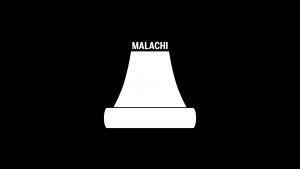