Genesis 39:2-6 (NIV) – The Lord was with Joseph so that he prospered, and he lived in the house of his Egyptian master. When his master saw that the Lord was with him and that the Lord gave him success in everything he did, Joseph found favor in his eyes and became his attendant. Potiphar put him in charge of his household, and he entrusted to his care everything he owned. From the time he put him in charge of his household and of all that he owned, the Lord blessed the household of the Egyptian because of Joseph. The blessing of the Lord was on everything Potiphar had, both in the house and in the field. So Potiphar left everything he had in Joseph’s care; with Joseph in charge, he did not concern himself with anything except the food he ate.

Joseph exemplifies God’s heart to bless others through the work of his called people. Whether fulfilling his duties as a servant of Potiphar, finding success even in prison, or stewarding God’s favor as second-in-command to Pharaoh, Joseph understood his role as a “pipeline” of God’s blessing to those around him.

We, too, are called to steward and guide God’s blessing and favor to those in our workplaces, homes and ministries. With this heart, let’s worship to the song “Great Things” (click here) by Phil Wickham.

Prayer: Lord, let your blessing and favor fill the places where I labor, work and serve. In Jesus’ name, Amen. 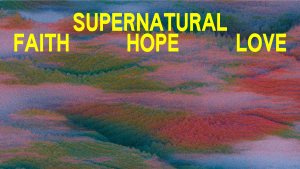