Joshua 20:2,4 (NIV) – Then the Lord said to Joshua: “Tell the Israelites to designate the cities of refuge… 4 When they flee to one of these cities, they are to stand in the entrance of the city gate and state their case before the elders of that city. Then the elders are to admit the fugitive into their city and provide a place to live among them.

Cities of refuge were the provisions that the Lord gave to the people of Israel in case of wrongful accusations or accidental harm done to a neighbor. The accused were supposed to state their case to the elders at the city gate before being admitted to safety. These were set up in order to protect the people against being avenged without trial and find safe haven. One can see these cities representing a foreshadow of salvation through Christ’s death and resurrection.

1. In what ways has Jesus stated your case before the Father?

2. What happened to all the accusation, all our condemnation at the cross?

Prayer: Jesus, thank you for standing before the Father on my behalf. I no longer stand condemned but I can now live in the refuge of your kingdom. Lord Jesus, I worship you and thank you! In your name I pray, amen.

Let’s worship through the song, “No One Like our God” by Matt Redman. 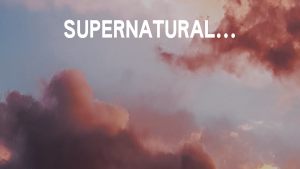